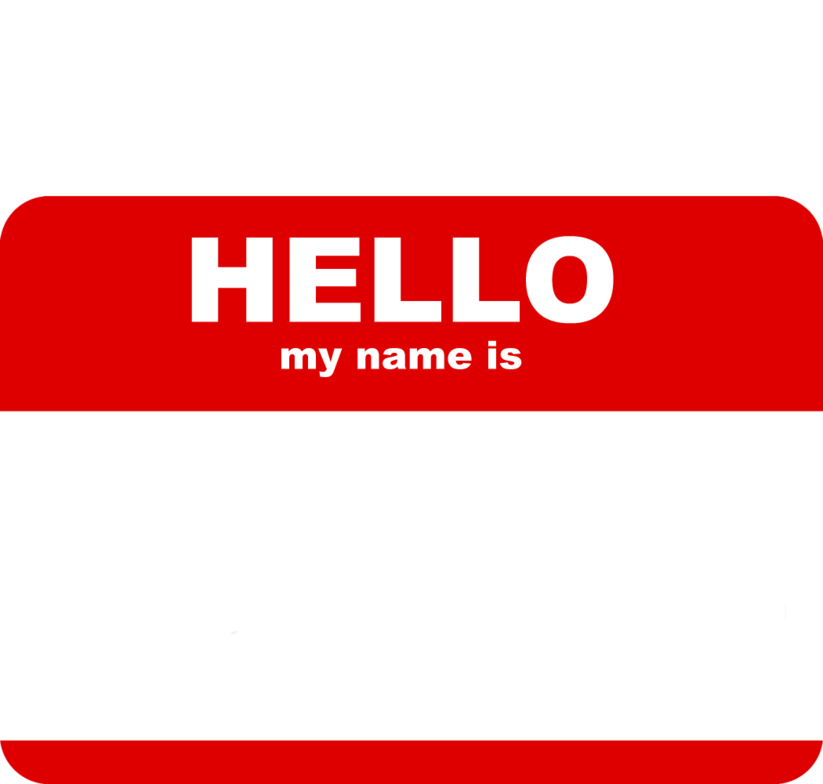 Names are important to us for those we love and care about, as well as even some things. People name their pets, cars, motorcycles, boats and so much more. I’ve often said,as a grand and great grandfather, that I would like to write a book on the names children come up with to call us. The multitude of names they give us is intriguing. On the other hand, I’ve often wondered how my grandfather came up with such names as, Onion Head, Bawl Bag and Mona Bug for the three of us oldest grandsons. Perhaps it might be best I didn’t.

What I’m saying is that names are far more important than we give credit. Names are so meaningful to God that all His Creation was named, especially mankind. Genesis 1:27 says, “So God created man in his own image, in the image of God created he him; male and female created he them.” Then Genesis 3:20 goes on to say, “And Adam called his wife's name Eve; because she was the mother of all living.”

From that same Garden of Eden, where God created Adam and Eve, Satan made it a point to display his disgust and hatred for mankind, by seeing us only as a number. Revelation 13:18 tells us, “Here is wisdom. Let him that hath understanding count the number of the beast: for it is the number of a man; and his number is Six hundred threescore and six.”

To the evil one, you and I are no more than a statistic whose only concern is to prevent men, women, boys, and girls from being born again as a child of God through Jesus Christ our Lord. John 10:10 says of mankind, “The thief cometh not, but for to steal, and to kill, and to destroy: I am come that they might have life, and that they might have it more abundantly.”

Though our names are given us by parents or guardians, God knows each one of us. As a matter of fact, God so loves everyone that when anyone believes that Jesus Christ is God’s only begotten Son, who died for our sins, was buried, and raised to life by His Father, Romans  10:13 promises, “For whosoever shall call upon the name of the Lord shall be saved.”

I am so very honored to have the name, John Livaudais, because that name identifies me as the son of Mr. and Mrs. F. L. Livaudais. I came to realize that over the years, if someone could pronounce my name properly, they knew them and that I was their son. So it is when we become a child of God. We have a new name written down in Heaven. Revelation 2:17 says, “He that hath an ear, let him hear what the Spirit saith unto the churches; To him that overcometh will I give to eat of the hidden manna, and will give him a white stone, and in the stone a new name written, which no man knoweth saving he that receiveth it.”